Murugappan opines on the TV shows that helped him thrive in creative and marketing roles, and not just survive them. 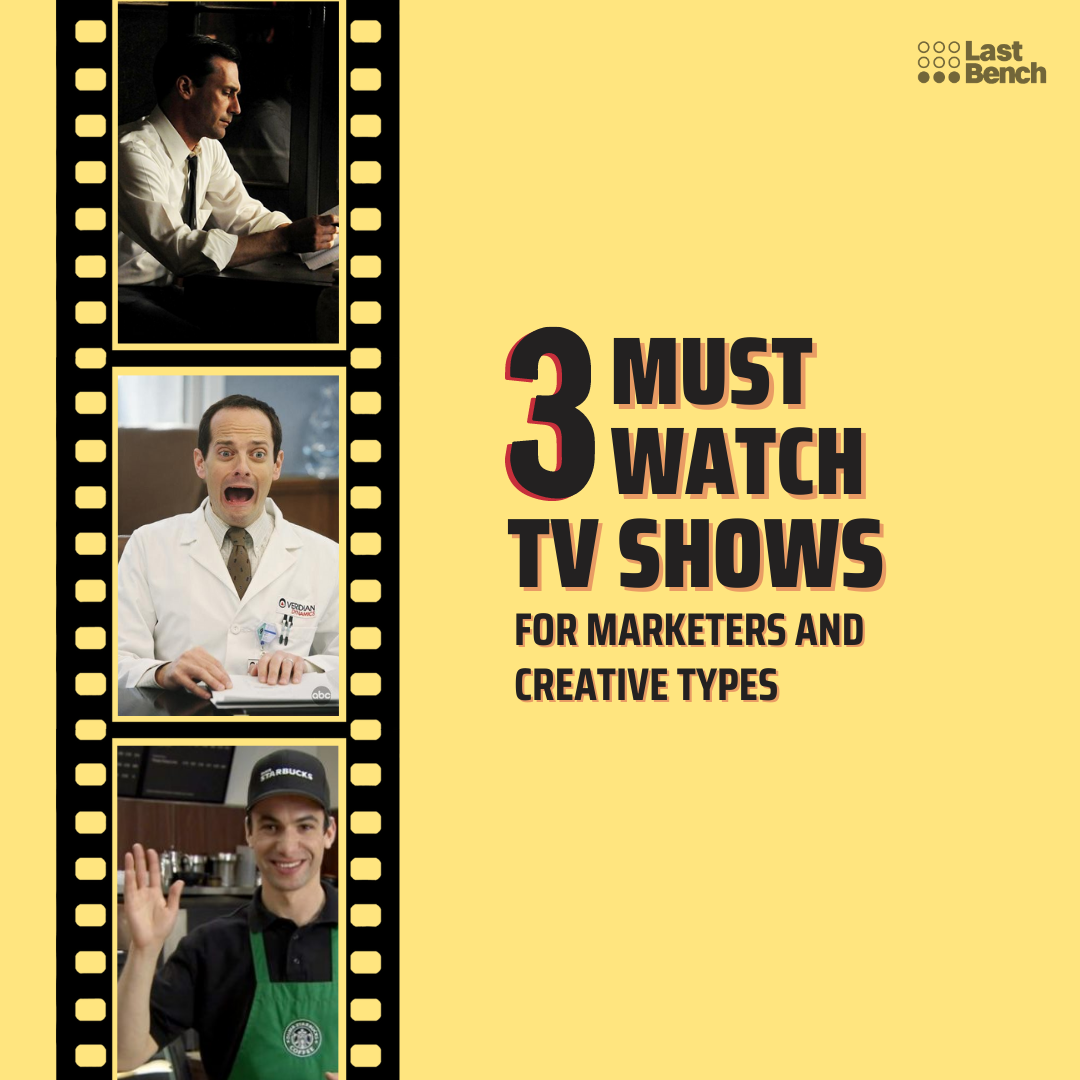 This one’s pretty much a no-brainer. When you first read the headline, you were probably thinking “This better include Mad Men” and well, how could it not?

Not only does Mad Men give us some valuable insight on how campaigns were dreamed up in the golden age of advertising, it also tops the list of critically acclaimed shows made after the turn of the century.

Filled with interesting character arcs, meticulous set design, and impeccable direction, Mad Men is a must-watch for everyone out there, marketer or not.

Of course, there’s some problematic stuff in there too, but an argument could be made that it’s a period drama and it’s only representative of the time it’s set in.

Better Off Ted is a satirical workplace comedy, centred around the employees of Veridian Dynamics, a stereotypically evil conglomerate. Each episode begins with a commercial and they all seem like real corporate advertisements. If you don't pay enough attention, you just might miss the punchline.

I’d be surprised if these satirical commercials don’t make you think of popular marketing misfires... like the tone-deaf Pepsi - Kendall Jenner campaign or one of Dove's many campaigns that were slammed for having racist undertones.

This is a must-watch show for all marketers, mostly as a lesson of what not to do if you don’t want to be perceived as a stereotypically evil conglomerate.

In this show, Nathan, a self-proclaimed “MBA graduate with great grades”, helps struggling small businesses with his absurd marketing ideas — which are usually successful, not despite, but because of their sheer absurdity.

From employing fake reviews on Amazon to exploiting legal loopholes to staging an elaborate film shoot with a Johnny Depp impersonator and planting customers as extras to trick them into buying souvenirs, this show has it all.

The small business owners are not in on the joke, and neither is Nathan, who has a deadpan look on his face throughout the show. This only makes the show funnier, and, in a sense, closer to reality. This docu-reality show is a must-watch if you’re a marketer who can laugh at yourself.