Over the years, we have developed a workflow that makes content creation smooth and efficient. Follow us on a quick walkthrough of our process in creating a video for WisdomCircle - from inception to completion. 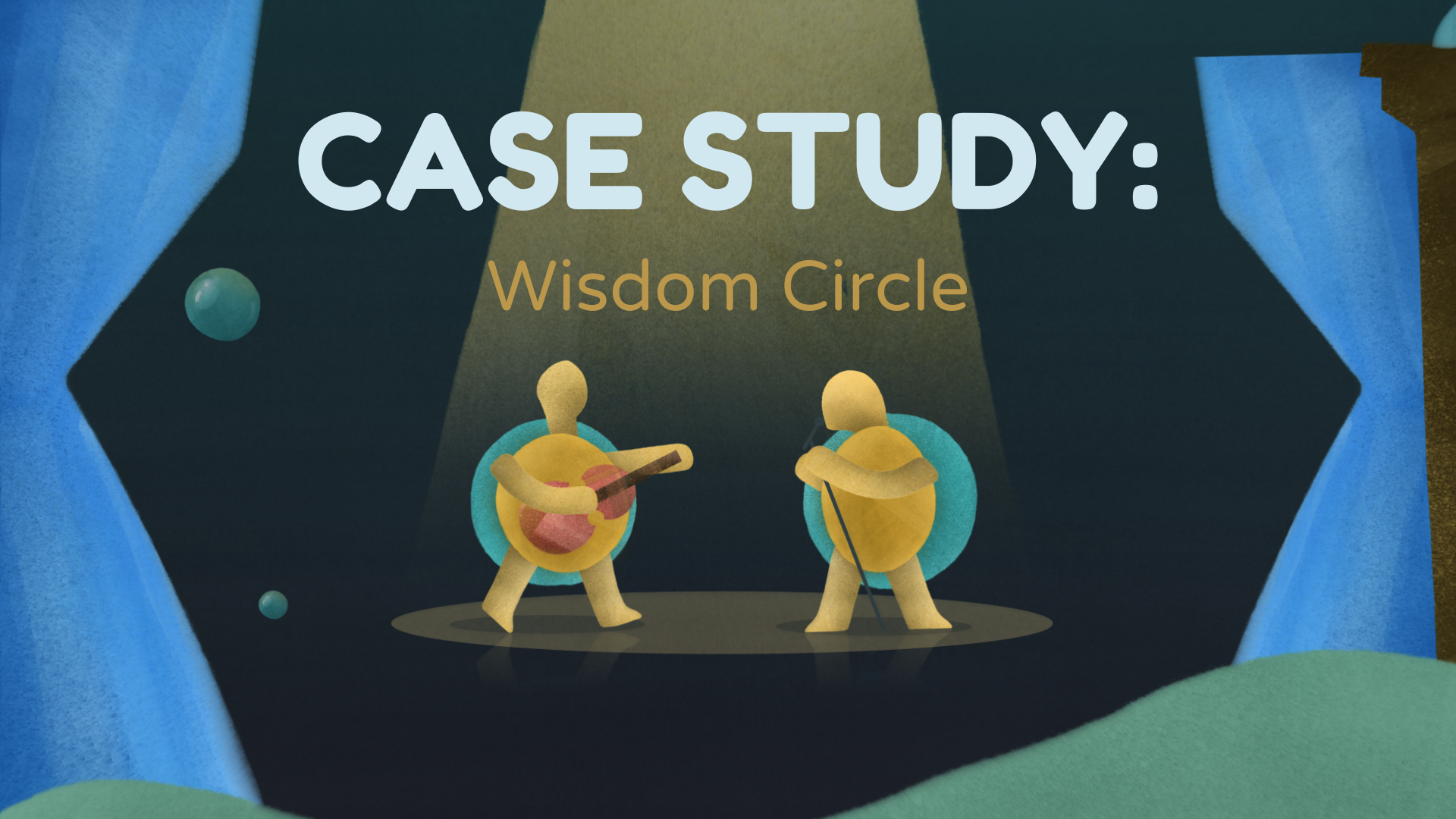 ‍Wisdom Circle is an online platform where retired professionals over the age of 50 can find meaningful roles to put their professional experience to gainful use. When they approached us, their product was being beta tested and they were gearing up for a launch. With our explainer video, they were hoping to build excitement and to get users to sign up for early access.

Most novice creatives tend to overlook one crucial part of the production process- communication. The importance of a strong pre-production in setting the foundation for the look, execution and delivery of the story cannot be overstated. Thus, going into any project, we are particular about interacting as closely with the client as possible - so as to best understand their requirements.

Wisdom Circle was a client that facilitated this. Since the get-go, they were very meticulous and excited about getting things moving quickly, while at the same time, giving us room for creative thinking. From sending us detailed creative briefs to trusting our creative vision, they had the perfect level of involvement in the project.

Based on what they specified, we decided to go for an animated-style explainer with a distinctive visual style.

Storyjam sessions are a cornerstone of our creative process. In these meetings, team members in charge of the project from our end and the client’s end, get together and bounce ideas off each other.

The storyjam with Wisdom Circle was particularly exciting, with our founder, creative director and visual head jamming with the client’s founding team to chalk out the communication and visual narrative of the video.  The short summary of the outcome was this:

‍Showcase how Wisdom Circle can help keep senior citizens engaged, put to use their rich life experiences, decades of professional knowledge and create a community for them. In turn, they keep their cognitive abilities in good shape as well.

And, since the app was in beta testing, we decided to focus on the solutions it provides rather than how it functions. It is the experience of many senior citizens that they miss the feeling of being engaged and the joy of accomplishment after the sudden lifestyle change retirement brings, which is what we wanted to expand upon.

Creative Director Nikhil, zeroed-in on one line from the creative brief, “Your life shifts into a different gear after you retire”, and built the script around that. The script followed a linear approach in this case.

After one iteration, we had the script locked down in three days with the client.

Owing to the detailed creative brief and prior discussions, Visual Head, Raaj, had a head start on storyboarding. A majority of the initial deliberation was focused on the overall visual style. Do we only use the mascot or introduce other characters? What does the setting look like? What mood are we leaning towards? These were important details to iron out.

However, there was one interesting situation we had to address - the mascot. Wis, the turtle, was the mascot the client had worked on and it represented the “wisdom generation”. Like Vodafone’s Zoozoo, Wis too was age and gender-fluid, so it had a universal appeal.

While the initial sketches of the mascot provided by the client were helpful, our visual team had some feedback. We felt that the mascot was a tad less punchy than what the brand was going for. We wanted to be able to help them reimagine Wis. So going in, Raaj redesigned Wis to be more animation friendly, while still keeping it gender & age neutral. We went for a snazzy design with a minimal, clean aesthetic. The client ended up loving it so much that they even integrated it into their other creatives including the website, and other static posts.

With Wis’s design down, we had to create the rest of the aesthetic for the storyboard. For this, we turned to the colour guidelines.

The yellows and blues they used reminded us of a sunny beach. With the mascot also being a turtle, water seemed to be the reigning theme. That is the direction we ended up taking - deciding to give the whole explainer an underwater, floaty feel.

The elements used had to feel familiar to the viewer, while also resembling workspaces. So we introduced human characters that closely followed Wis’s style and maintained ambiguity. We also interspersed it with commonplace items, such as guitars and living room furniture.

The client was very happy with the first draft, only suggesting a few changes. This was in part due to the extensive planning that happened beforehand, and also thanks to how well the storyboard distilled the essence of the brand.

Following this, Raaj started to illustrate assets for each frame - from plants in the background to foreground characters. The explainer was also meant to be mellow and pleasant, as a reflection of its target demographic. So we used coarse, textured brushes that gave strokes reminiscent of sand to give it a soft, grainy feel.

At the same time, our Motion Graphics lead Niranjan was working on a few iterations of UI design. Even though the first draft of the UI looked good, we kept polishing it until it looked exactly like what we had in mind. It took some back and forth before we nailed it down.

These decisions might seem miniscule to a third-party. But small factors like these exponentially build up the quality of the final output. It’s always been non-negotiable that we reach the bar we’ve set for ourselves- which is why it is important that we sweat the small stuff.

Once the assets were done, Raaj put them together and rigged them for movement. Earlier, we decided to go for camera pans and long shots, giving the video a seamless continuity. So we animated the turtle to float through the scenarios, pulling everything together.

While animation was happening, we were simultaneously shortlisting Voiceover Artists for the project. There was a very specific voice we were looking for. The app was geared for a worldwide audience so the narrator had to be a 50-year-old person with an American accent. After shortlisting options and getting approval from the client, we recorded the voiceover in collaboration with an external talent.

We then brought together all the animated elements and cut them to the voiceover, adding text callouts and other graphics. After everything was composed, Niranjan mixed in the sound effects and music.

Internally we reviewed it, took feedback from our team and polished the final output before sending it to the client. Our first draft got approved. They were very happy with how the explainer turned out - and to be honest, so were we. We were quite proud of how everything came together.

Taking creative liberties is not always an option when working with brands so we cherish every opportunity to do so. And sometimes, the payoff is pretty amazing.