A lot of videos have been produced around the theme of environment conservation, and a majority of them tend to be preachy. We didn't want our video for Bosch to end up as yet another video in this larger genre. Here's how we managed to create a video that stands out from the crowd. 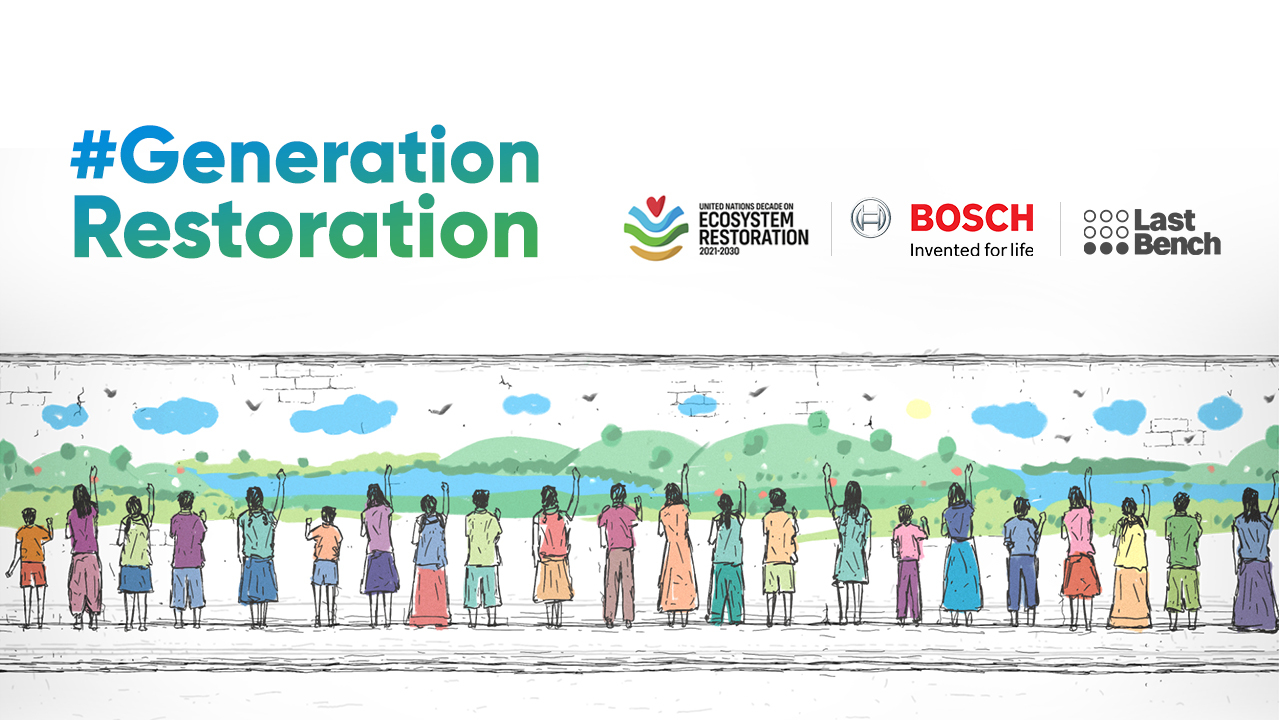 World Environment Day is quite an important occasion for Bosch India. They see it as a great opportunity to promote eco friendly practices among their stakeholders. They launch internal and external campaigns on June 5th every year to communicate their values. They're also particular about not promoting their products in these campaigns, rather looking for a fresh take on the messaging itself.

This year's theme for World Environment Day was Generation Restoration. Bosch approached LastBench to see if we could partner with them to create a unique video on this theme.

A lot of videos have been produced around the theme of environment conservation, and a majority of them tend to be preachy. A good number of these videos were very factual in nature - suggesting the level of damage we are inflicting on the environment, how the sea levels are rising etc. Given this background, it was important that our video doesn't end up as yet another video in this larger genre.

Moreover, the theme was very specific - Generation Restoration. It took us a while to understand the term better; the UN guide was a particularly helpful resource for that. After a few virtual brainstorming sessions, we identified three possible treatments to explore. After a round of voting, we zeroed in on two ideas.

It was time to convert our raw ideas into fleshed out concepts - giving them a solid narrative and visual direction.

We wanted the videos to communicate the fact that all kinds of ecosystems can be restored, including forests, farmlands, cities, wetlands, and oceans. Restoration initiatives can be launched by anyone, ranging from governments to individuals. We wanted the videos to urge people to act towards (re)building a greener tomorrow.

Unanimously, both Bosch and our internal team decided to go ahead with Concept #2.

And then it was time for the approved concept to take proper form and shape.  We broke down the envisioned video into scenes and started sketching them. This allowed everybody involved to visualize the final creative better, discuss possible corrections and also acted as the guiding tool for the creative team to execute without any hassles.

You can see the full storyboard here.

You can see the full asset book here.

Once we were done with creating assets, it was time to give the bird wings to fly. Hundreds of frames illustrated were brought together, given movement, color, and music.

After a few subsequent drafts, corrections, and last minute changes, the final creative was served:

We were delighted to see the response from Bosch as well as the general audience. Here's what Saudha Kasim, Deputy Manager, Corporate Communications at Bosch had to say about working with us on this project:

For World Environment Day 2021, we wanted to create an animated short that not just captured the theme (which was restoring ecosystems) but did so in a fresh, not-the-usual-corporate-video route. We gave the LastBench team the brief on the theme and the look and feel: that the end product needed an earthy, hand-made texture to it. And that the call to action – to become the #GenerationRestoration – was to be the strongest thread in the story. They conceptualized and created a video that brought to life these themes in a beautifully poignant way. The visual treatment made the video stand apart from the usual World Environment Day communication campaigns.