Are your ads creative for the sake of being creative?

Creativity is great as long as it’s used to elevate a piece of communication, but the moment creativity becomes the focus in and of itself, there’s a good chance we've lost track of the bigger picture. 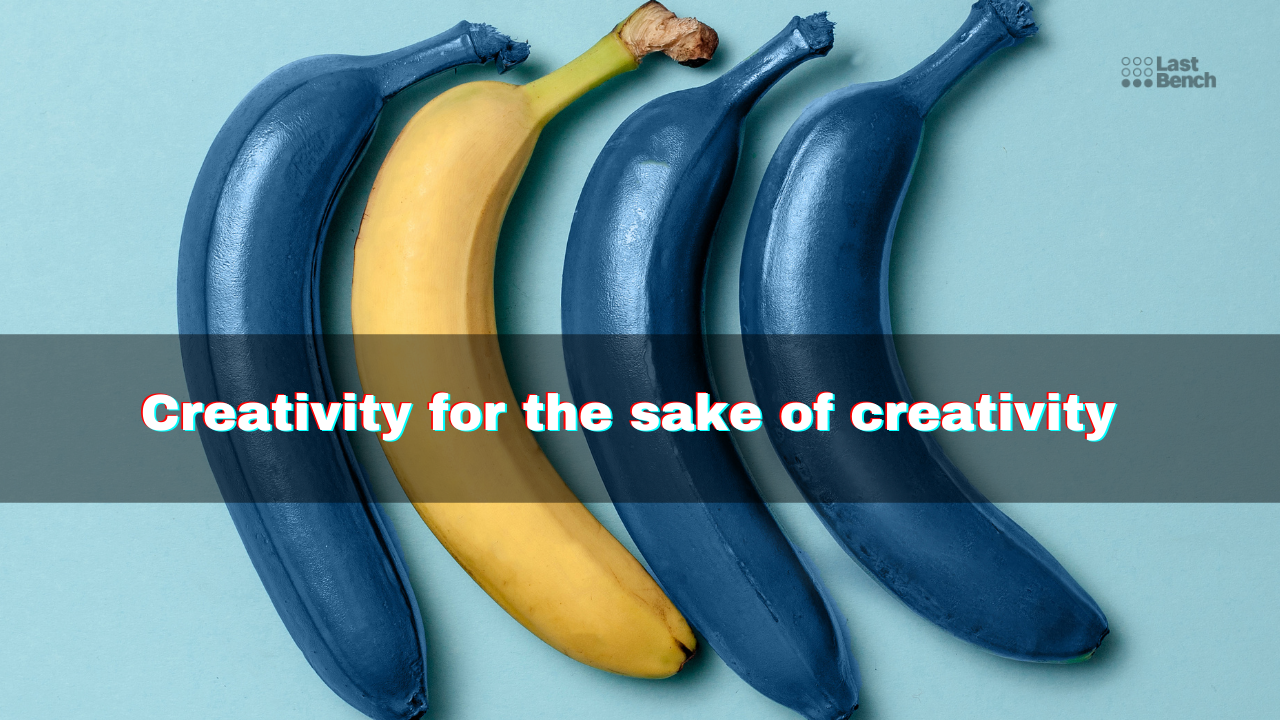 Whenever I’m watching a cricket match over dinner, an ad or two is sure to catch my fancy. Hell, some might even make me hold off on muting the TV for a second.

I’m almost never sold on the thing they’re selling though — in fact, most of the times, I don’t even know what they’re selling. Can you blame me for focusing on my dinner and not on an ad that demands my undivided attention? Much less, an ad I didn’t sign up for.

Copywriters and art directors often come up with the most creative way of communicating any given brief. We’re creative people after all, aren’t we?

However, we seem to forget that all advertisements have one purpose — to sell stuff, either right away, or somewhere down the line. But one thing’s for sure, the brand partnered with the agency so they could sell stuff more efficiently, and the advertisements were scripted and filmed to help the brand achieve just that.

If an ad’s creativity detracts from its main purpose, what good is it really?

Picture this. A board game manufacturer has launched a new product: a pair of dice crafted from the finest wood known to man.

There are two broad ways this can be advertised. Let's look at an example for each.

At the end of this advertisement, as a distracted viewer, I wouldn’t know if they’re selling me a pair of dice, the Jumanji-like board game, or a ticket to space travel.

No doubt the first treatment is more impressive, but it’s not as likely to nudge me into buying the pair of dice that it intends to sell. On the other hand, while the second treatment achieves its purpose, people wouldn’t see it and think “Wow, that’s so creative.”

But do they really need to?

I would like to let the spirit of David Ogilvy answer that question. Like most people in advertising, I too have a favorite Ogilvy quote. It’s this one.

"When I write an advertisement, I don’t want you to tell me that you find it ‘creative’. I want you to find it so interesting that you buy the product."

Creativity is great as long as it’s used to elevate a piece of communication. But the moment creativity becomes the focus in and of itself, there’s a good chance we’ve lost track of the bigger picture, and we’re just being creative for the sake of being creative.

This article is as much a general observation as it is a note to myself.