Often, we fuss a lot about getting the final creative output right and perfect. In the pursuit of a perfect output, many creative professionals & organisations miss out on those finer things that make for a successful project. Here's what we learnt from a recent partnership with an organisation from the US. 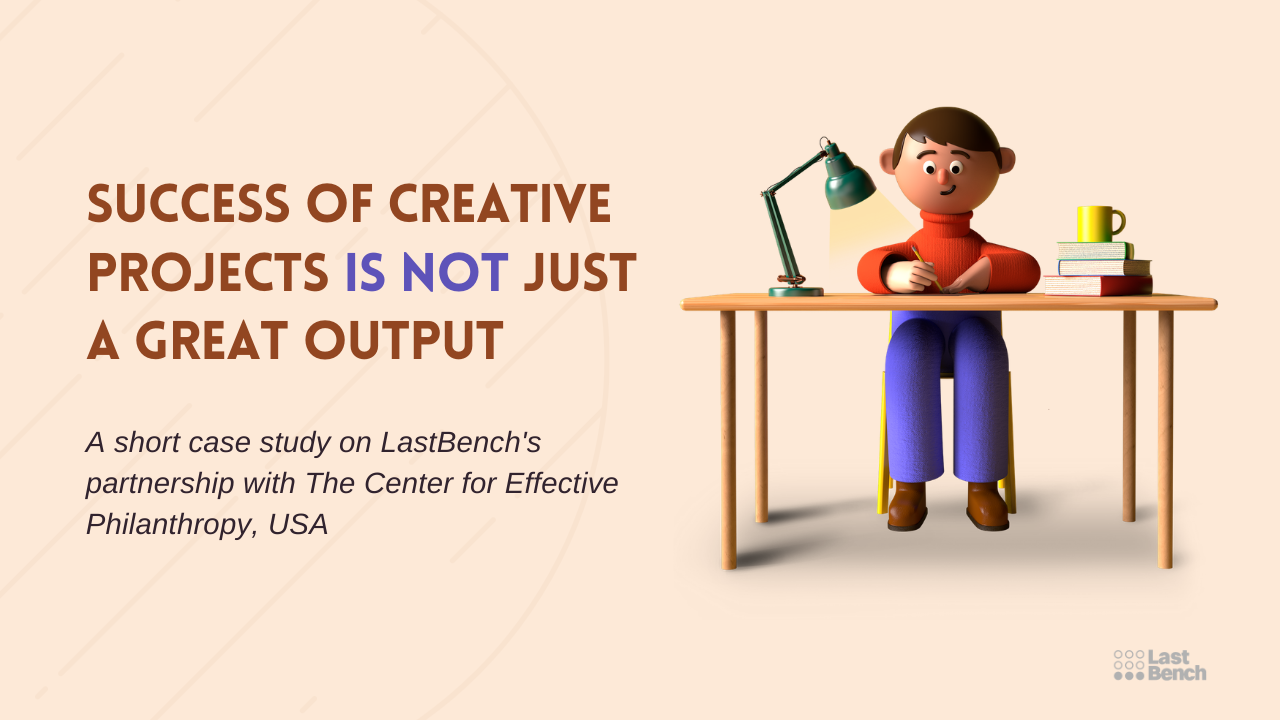 Late last year, we received an enquiry from The Center for Effective Philanthropy (CEP) to produce a video with (and on) one of their partners in India - The Rohini Nilekani Philanthropies (RNP).

CEP is a US based nonprofit with a mission to provide data and create insight so philanthropic funders can better define, assess, and improve their effectiveness — and as a result, their intended impact. One of CEP’s most widely used assessments is called the Grantee Perception Report (GPR), which helps foundations improve their effectiveness by listening to candid feedback from grantees and benchmarking this with funders all over the world. RNP participated in the GPR and received ratings in the top 1% of CEP’s overall comparative dataset for perceptions of trust.

CEP were looking to interview Ms. Rohini Nilekani on her experience participating in the GPR, her views on trust-based philanthropy, and more specifically, on her team’s practices that lead to partners’ high perceptions of trust.

Our interaction with CEP was with Charlotte Brugman, based out of Amsterdam. From our first conversation, it became clear that CEP was looking not just for a team of videographers but somebody they could entrust the entire responsibility of the overall storyboarding, production  (location identification, shoot, logistics of shoot) and coordination with the team at RNP in Bangalore. Having already worked with team RNP on a few engagements earlier, this seemed like a perfect fit and right up our alley.

This was our first project of 2021 and while we enjoyed the entire shoot and production aspect, what made it special was the seamless three party interaction and execution (CEP-LB-RNP). It went on to re-emphasise our belief that, the success of creative projects is not just a great output, but equally also the overall process of engaging with different stakeholders and comfort one can provide to their client from being professional, time-bound, responsive and exceeding expectations on creative delivery.

Listen to what Charlotte Brugman had to say about this partnership, here.