LastBench Studio was an outcome of the urge to tell good stories.

When Sriram decided to pursue his passion in photography after a long corporate career, he started off as a freelancer working with nonprofits and development sector teams with photoshoots, to capture their work and impact. And soon, his initial work brought on needs from startups, where his background in business made him a go-to person to help articulate and narrate their journeys. As projects rolled in, collaborations with editors, film makers and designers began. LastBench Studio was born. 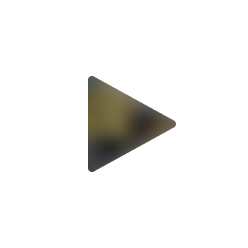 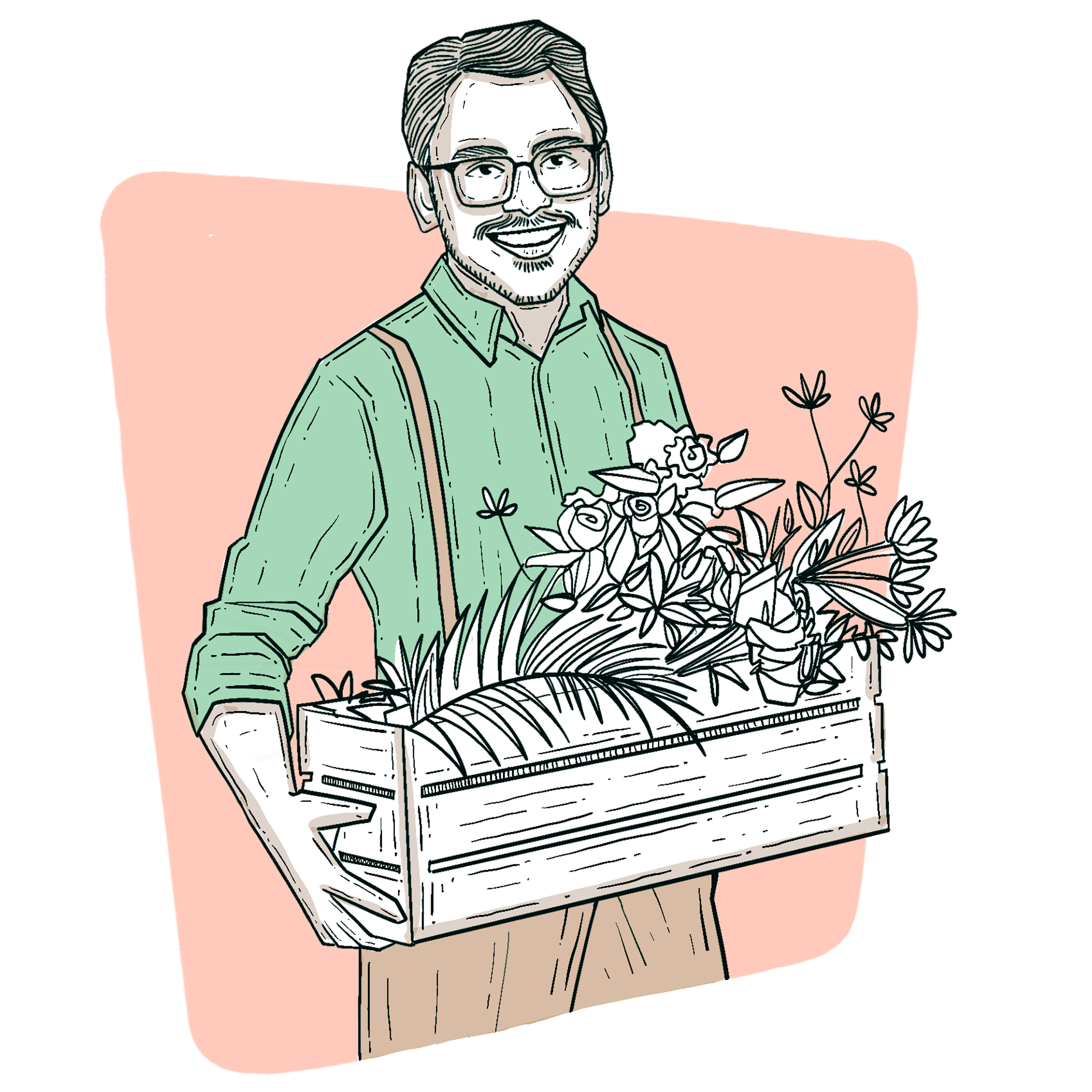 Sriram Sabhapathy
Founder
Sriram keeps the gang together at LastBench. He loves building teams and relationships. At heart, he is a teenager. So, he brings a bit of that liveliness into our content. By behaviour, he is an uncle with quirks. You either get used to him, or you'll find him weird. Our advice is the former—get used to him. Sriram's favourite part of working here is sitting down to have lunch with the team every day. We mean sharing our dabbas and getting the occasional ice-cream sugar-rush. In his daydreams as a kid, Sriram put himself into the shoes of several roles—bus conductor, cab driver, photographer, florists are among the few he admitted to us. When we voted for our dream collaborations with historical figures, Seinfeld was Sriram's unanimous choice.
Know more 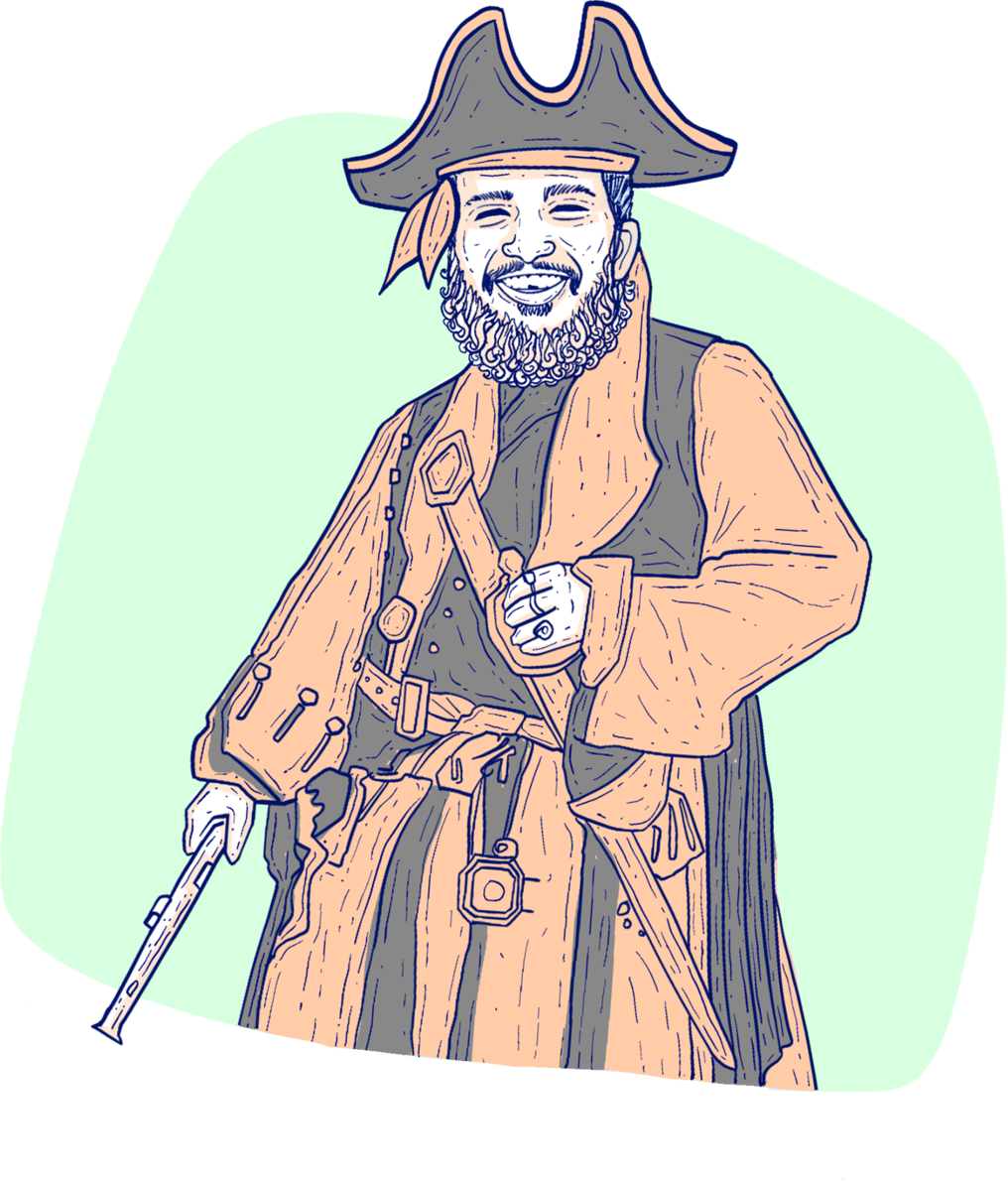 Nikhil Suresh
Creative Associate
Nikhil is our storyteller. And film is his medium of choice. If he is not behind the camera, he's further at the back, behind the scenes, managing projects and editing drafts. As a creative at LastBench, Nikhil's abilities can be characterized as the jack of all trades, still mastering some. Brainstorming sessions are his favourite part of the day here—specifically, the back and forth building process. It's no surprise that Nikhil was an active participant in theatre, debates and elocutions back in the 2010s. If we roll back the years even further, eight-year-old Nikhil was really into the idea of being a pirate. He switched allegiance a few years later as becoming a sailor was "probably a more secure option". Today, Nikhil co-hosts Pass The Menu at LastBench. For someone with the best food recommendations on the team, Nikhil's dream collaboration with any historical figure would be with the late Anthony Bourdain.
Know more 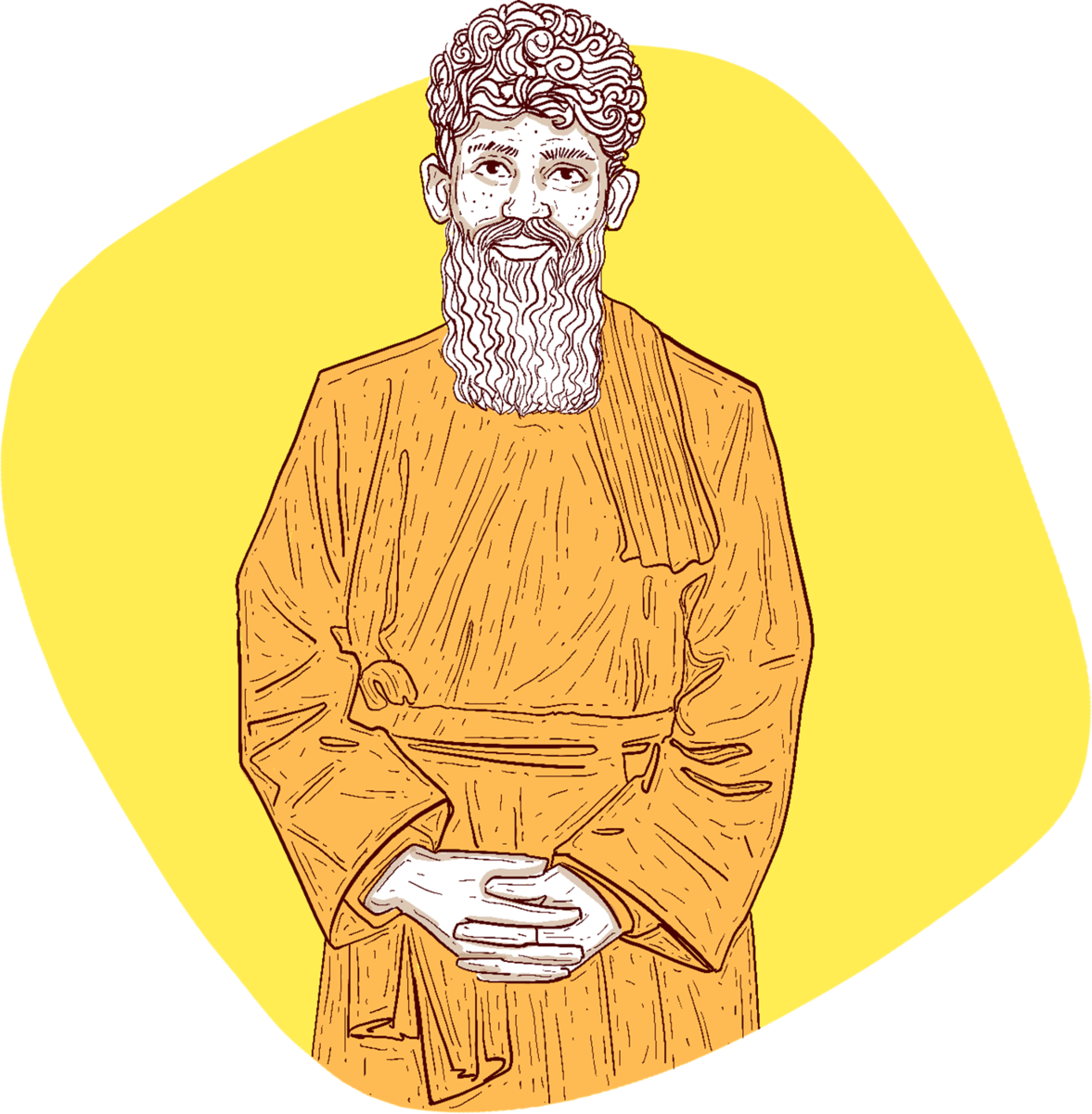 Raaj Rufaro
Visual Lead
Raaj oversees visuals at LastBench—the warden of colour, creator of keyframes and all things animated. His favourite thing about working at LastBench is the freedom to try abstract ideas. He enjoys the decision-making involved in bringing life to these ideas. As a kid, he was routinely discouraged from creating art. One of his teachers even disagreed with his ambitions of becoming a philosopher. However, Raaj kept his childlike-curiosity, questioning and seeking answers in everything he wanted to do. Five years back, Raaj began freelancing; what started as poster-making gigs quickly exploded into collaborating with short-filmmakers. A sculptor by education, today Raaj is constantly dabbling with art. He believes that people are always trying to connect dots with their stories. What amuses him is the different ways to tell a story—different paths to get from one dot to another, whether through music, art or even sculpturing. A true artist at heart, Raaj's dream collaboration with a historical figure is sitting opposite Vincent van Gogh and painting portraits of each other.
Know more 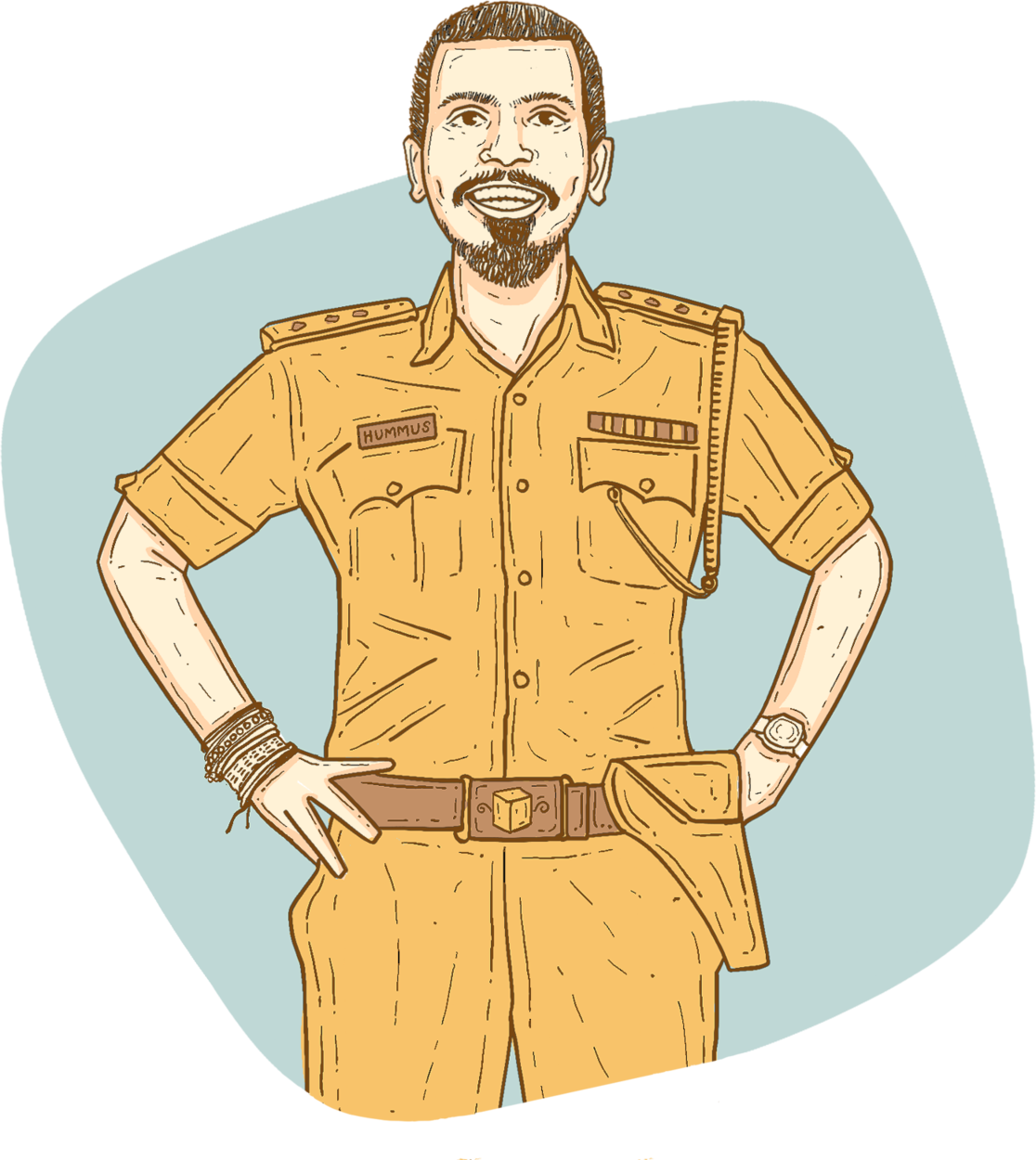 Niranjan Kottukkal
Creative Associate
Niranjan is our Master of Sound. He's got an ear for music, and it comes from years of being a talented percussionist. His skill includes instruments like Drums, Cajon, Djembe, Darbuka, and Bongo. When he is not perfecting ambient and foley sounds, he brings life to our creatives with his motion-graphic skills. Among the several personalities we see day-to-day, Niranjan is our resident epic voice-over guy and Microsoft's defender in our Mac Vs Windows debates. You'll find him with a tub of hummus at lunch or chasing the ice-cream van at 4 PM. Growing up, Niranjan would stick masking tapes all over the furniture with Niranjan IPS written on them. Beyond his young IPS aspirations, his dream collaboration is with an adolescent obsession: riding by the side of Bucephalus, the trusty steed of Alexander The Great.
Know more 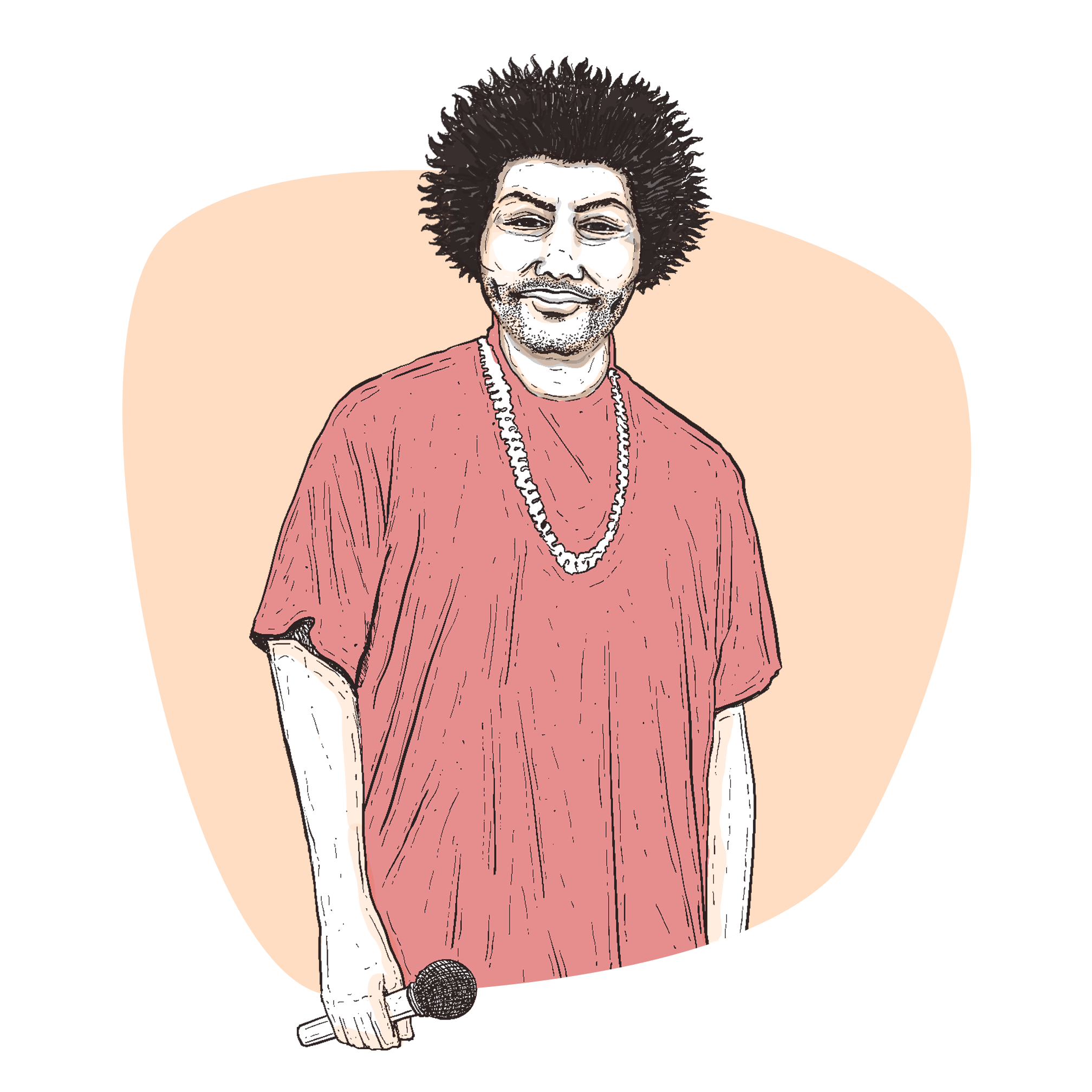 Murugappan Meiyappan
Marketing & Business Strategy Lead
Murugappan, a firm believer in our "show, don't tell" ethos, enjoys bringing stories to life with his vision. He bids most of his time on his notes app—typing out scripts, emails, pitch-decks and the works. Outside the four walls of our studio, you’ll find Murugappan on one of his “thinking” walks. And when he is back, he’s on his app again, backspacing and rephrasing what he wrote earlier. One thing Murugappan looks forward to every day is his evening snack—a crucial part of his day, he claims, as that's when work ends and life begins. Growing up, Murugappan found most desi music to be slow for his taste. He then stumbled upon rappers like Twista and Busta Rhymes, who were clocking 180 words per minute, and never looked back. When we asked Murugappan for a playlist, he asked us to listen to all of Kanye West's albums from 2003 to 2016 in chronological order. No brownie points for guessing who his dream collaboration would be with.
Know more 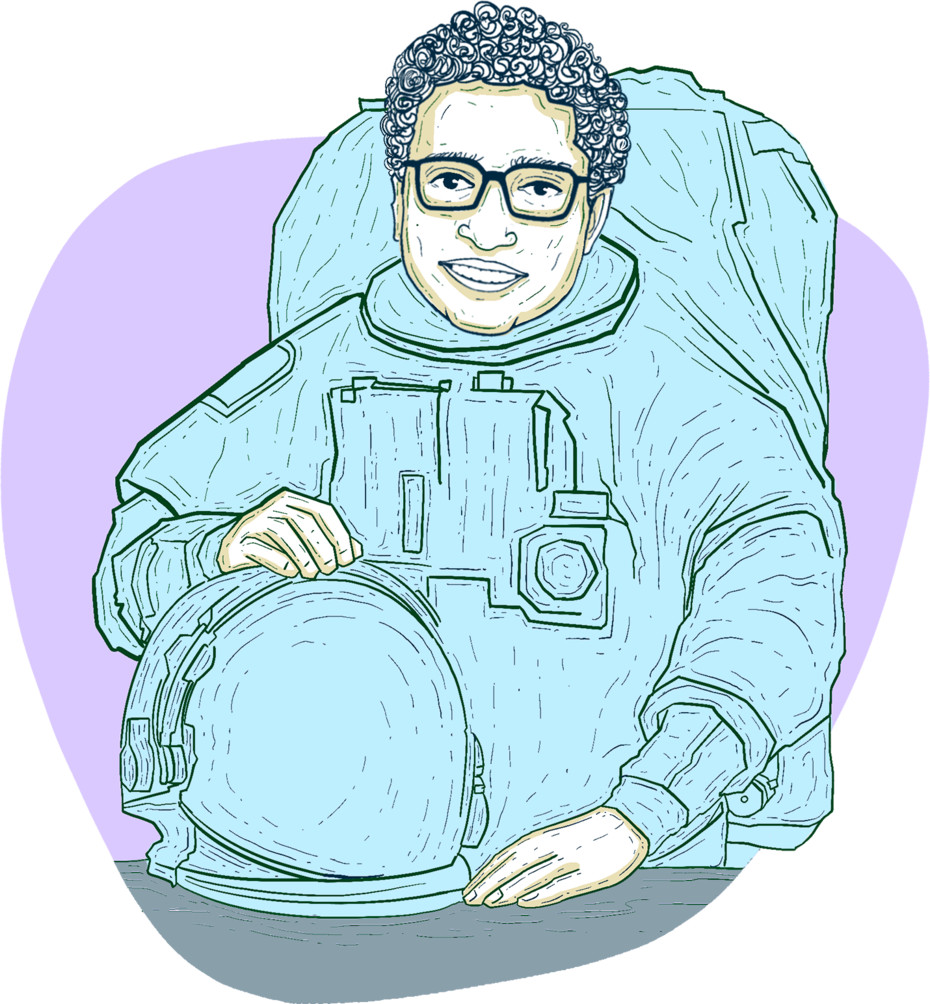 Shashank Ganesh
Creative Producer
Shashank is the creative over-thinker of the gang. While he is not throwing ideas at the whiteboard, Shashank helps produce content—copy for social, scripts for projects, and trailers for finished drafts. Shashank loves a good b-roll. Nothing brings him more happiness than a perfectly timed visual against a beat. His favourite part of being in LastBench is watching how everyone's strengths come together to contribute to a project. As a kid, Shashank wanted to either be an astronaut or an actor. Higher education Physics made him realize that he'd rather be cast as an astronaut in the future. We've unofficially adopted him as our caring-giving father—he brings back chilled cartons of Milo and munchies from his evening-walks. His dream collaboration with a historical figure would be a three-act play with the legendary Robin Williams.
Know more

Let’s tell a story together.

We make video and photo essays that emote your brand’s story and help you engage better with your stakeholders.

Thank you!
Your submission has been received!
Oops! Something went wrong while submitting the form.